When it comes to Muslim populated countries, most people probably think of countries in the Gulf area and North Africa. What they don’t realize is that the majority of Muslims aren’t even from that part of the world. We also often forget that there are countries with millions of Muslims, even if the Muslims there aren’t necessarily the majority. It’s important for Muslims to be aware of the ummah around the world.
There really isn’t a particular face of what a Muslim looks like because the ummah is truly diverse. Sadly, many Muslims aren’t exactly aware because they base their knowledge of the ummah on what they’re used to. That definitely has to change. Let’s start by talking about the millions of Muslims from countries we probably don’t often hear about. 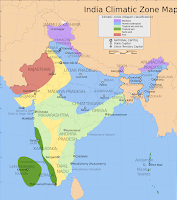 India is a country located in South Asia and the second most populated country in the world after China; over 1.2 billion people. The country has various languages, with Hindi (pretty much the same language as Urdu in Pakistan) and English (as a result of British occupation) being the official languages. India was bigger than it is today until 1947 when a part of the country was separated to become what’s today known as Pakistan (later divided into Pakistan and Bangladesh). The part of India that was separated was predominantly Muslim, but India still remained with millions of Muslims. Although the majority of Indians are Hindus, India still has about 172 million Muslims (as of 2011)! Despite the huge Muslim population, Muslims make up just 14.2 percent of the population because of the overall massive population of India. So next time you meet an Indian, he/she may well be a Muslim!

Nigeria is a West African country and the seventh most populated country in the world (about 186 million inhabitants according to the World Bank, as of 2016). It is also the most populated country in Africa. Nigeria is an artificial country made by the British with parts of various African kingdoms and ethnic groups, just like most African countries today. Nigeria received its independence on October 1, 1960. The country is made up of different cultures, languages, and ethnic groups; the three largest ones being Hausa (mainly north), Igbo (mainly southeast), and Yoruba (mainly southwest). Despite the ethnicities and languages, English is the official language because of previously being colonized by the British. The Muslim make up about 50 percent of Nigeria, approximately 90-93 million! Depending on where you live and your experience with Nigerians, you may know them as Christians or Muslims. If you live in any Western country, most of the Nigerians you’re probably exposed to are Christians. That is because most of the ones who travel there seem to be Igbo or Yoruba, who are usually Christians (many are Muslims too). But if you live in some Arab or African countries where lots of Nigerians are known to travel to, you probably think of Nigerians as Muslims. That is because most of the ones who travel there are Hausa, who are mainly Muslims. Hausas weren’t only from Nigeria; many are from other countries in Africa, similar to most African ethnic groups. So now that you know of Nigeria being about 50 percent Muslim, keep in mind that if you meet a Nigerian somewhere in the world, he/she may be Muslim. 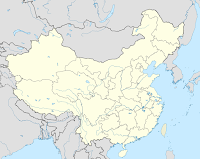 China is the world most populated country with approximately 1.4 billion inhabitants (as of 2016). It is located in East Asia, with Mandarin Chinese being the main official language or dialect spoken. Much like many Middle Eastern and African countries, Islam has been present in China for about 1400 years. There are approximately 23 million Muslims in China (as of 2010)! Despite the number, Muslims make up only 1-3 percent of the population because of the huge population of China. Most Muslims in China are of the Hui (Chinese) and Uyghur (Turkic) ethnic groups. Majority of the Muslims, mainly the Hui, live in Xinjiang, which is in the northwest part of China. When you think of China, Islam isn’t the first thing that comes to most people’s mind. This may be because most people we meet from China aren’t Muslims or have no religious affiliation at all. But as Muslims, we should try to learn about all Muslims around the world. That being said, I’d like to take the opportunity to inform you (if you didn’t know) that our brothers and sisters in China are facing difficulties and oppression by the Chinese government simply for being Muslims. We usually only hear about tragedies that happen in selected Muslim populated countries, but barely ever mention what happens to Muslims in other parts of the world. Please keep them in your du’a (prayers/supplications). 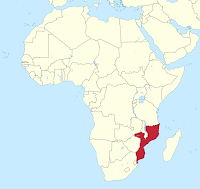 Located on the southeast coast of Africa, Mozambique is a country with multiple languages and a population of about 28+ million inhabitants (as of 2016). Portuguese is the official language of Mozambique because of being colonized by Portugal. The country gained its independence from Portugal on June 25, 1975. Muslims constitute about 17.9 percent of Mozambique (about 5 million). 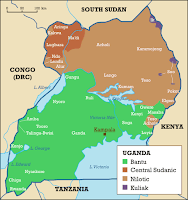 Uganda is an East African country with a population of about 41+ million inhabitants. Uganda has multiple languages, but the official languages are Swahili and English. English is spoken in Uganda because of the past British occupation. Uganda receives its independence on October 9, 1962. There are about 5 million Muslims in Uganda, which constitute about 11-12 percent of the population. 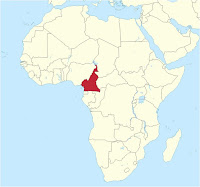 Located in the central part of Africa, Cameroon is a multi-lingual and multi-ethnic country with a population of approximately 23 million inhabitants (as of 2016). Much like most African countries, Cameroon was also colonized by the Europeans. But instead of one country, Cameroon was colonized by three different colonial powers at different times; the British, the French, and the Germans. Germans were defeated, and the British and French remained the most dominant occupiers of Cameroon. As a result, Cameroon has two official languages today; French and English. It also had two independence days; January 1, 1960, from France, and October 1, 1961, from Britain. Of its 23+ inhabitants, about 20 percent are Muslims (4+ million Muslims; almost 5). Majority of the Muslims in Cameroon are of the Fulani ethnic group, then the Bamum, and others. Muslims in Cameroon are mainly spread throughout the north of Cameroon.

There ya have it; six countries with millions of Muslims that we don’t usually hear about. It’s important to learn about people around the world, and it’s especially important when they share the same way of life (Islam) as us. If you hadn’t already, hopefully, this article will encourage you to broaden your horizon and learn more about people you don’t necessarily come in contact with regularly.

Umm Sumayyah
Umm Sumayyah is a mother and a former teacher who turned into a home educator after becoming a mother. She's the founder of Ihsaan Home Academy, an author, and loves writing on topics such as social matters, education, career, and entrepreneurship. (Click on name for website)

Top 10 Muslim-Friendly Destinations to Travel in 2019

10 Things to Consider Before Traveling Internationally as a Muslim

This website uses cookies to improve your experience while you navigate through the website. Out of these cookies, the cookies that are categorized as necessary are stored on your browser as they are essential for the working of basic functionalities of the website. We also use third-party cookies that help us analyze and understand how you use this website. These cookies will be stored in your browser only with your consent. You also have the option to opt-out of these cookies. But opting out of some of these cookies may have an effect on your browsing experience.
Necessary Always Enabled
Necessary cookies are absolutely essential for the website to function properly. This category only includes cookies that ensures basic functionalities and security features of the website. These cookies do not store any personal information.
Non-necessary
Any cookies that may not be particularly necessary for the website to function and is used specifically to collect user personal data via analytics, ads, other embedded contents are termed as non-necessary cookies. It is mandatory to procure user consent prior to running these cookies on your website.
SAVE & ACCEPT